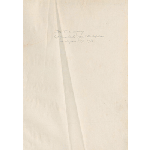 Atlas to accompany Captain James Cook's account of his voyages to the Pacific Ocean in the years 1776 - 1780 (printed 1784). Includes plates illustrating the various cultures and locations visited on the three voyages. This volume accompanied a series of textual volumes describing the voyages. The Atlas accompanied a series of three volumes describing the voyages. The first two were written by Cook, the third by Captain James King.

Provided by the National Meteorogical Library and Archive - open to everyone
©2020 Preservica
We use cookies so that we can provide you with the best user experience possible. Click Accept to confirm that you are happy with us to use cookies.